We live in a a time of huge trap bass and omnipresent urban music; FANTOMES are the odd ones out, daring to play sincere, careless rock, informed by the powerful pounding of Nirvana, the whisky voices of the Pixies, the pop sensitivity of Weezer. While the lyrics may deal with dark themes, the melodies and luminous arrangements conjure up a fantasized Californian summer rather than a bartender’s spleen.

Because the story of FANTOMES started behind a bar, that of Parisian rock temple La Mécanique Ondulatoire, a few years ago. Paul and Mus are tapping beers before their first show: “We were like ghosts behind that bar, we were feeling invisible. We started writing to escape that monotonous routine, and during that first gig at La Méca, we played so loud… we were beating up our instruments out of frustration for not living the life we dreamed of when we were kids.” Approached by the label Pan European Recording, the duet released the self-titled EP FANTOMES in 2018, then recorded IT’S OK in Studio Delta with Thomas Bunio. The album was then mixed in California’s Jazz Cats Studio by Jonny Bell, of Hanni El Khatib’s band.

The album feels like a joyride at night, on the verge of skidding, with angry tracks like City At Night, Sometimes, or Rainbow, which opens the album with the question: “Where’s the rainbow?” shouted over and over. A shout of refusal of harrowing daily routines (Sweet Coconut), friends growing apart (Brothers), relationships fading away (Rain), or helplessness in the face of death (the emotional Parker Lewis). These contrasts carry the listener through distortion and ballads that feel like walking home from the beach under the slowly setting sun. The album ends on the stoner riff of Colors: one is left headbanging, ears ringing, like after a punk concert.

IT’S OK reignites the flame of a music genre too often thought of as ‘vintage’, and answers the discreet sadness of day-to-day life with rock. The album oozes with an acrimony where chaos and tenderness meet and create the soundtrack of never-ending teenage. FANTOMES bathes us in a light which is sometimes sweet and sometimes brutal, but always bright. One lounges in the band’s oldest song Back With The Sun, like in the memory of a time when things were alright. 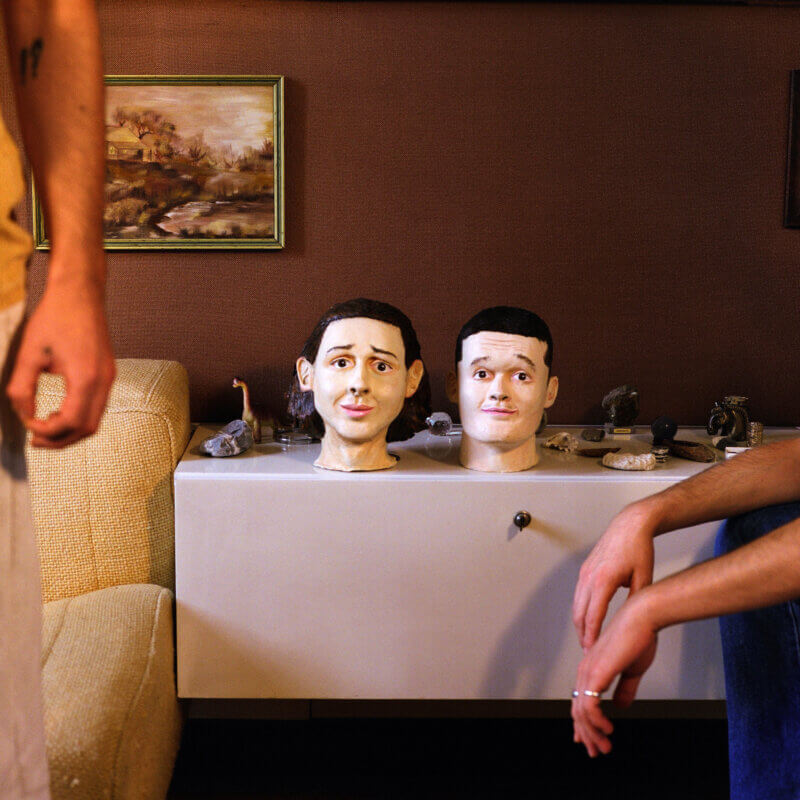