One Switch To Collision

The name of the Parisian group gives a glimpse into the unstable balance of this first album, titled Claustrophobia. Sweeping the typically French vision of psychedelic rock (dilated pupils, drugs, pink scarves), One Switch To Collision manage on their first album to revive the spirits of Timothy Leary, Albert London and Ra, God of the Sun.

Yes! More than the apparent need for air suggested by the title of the album, what we are talking about here is faith. Flying sounds and golden steering cabins. A tribute to the first travelers, whose cockpits are too small for their bodies. The claustrophobia begins here, when the songs, however beautiful they are, seem tiny when seen from above. This is one of the major themes of this first album, everso present on the instrumental jam Bis Du Korrect, more free-jazz than krautrock, and its über-sonic final.

This need for elevation has roots in the history of One Switch To Collision, born out of the meeting of a dozen teenagers in a Parisian basement, that of Oliver’s record shop, now lead singer of the group, who saw the band practice tirelessly every Saturday afternoon. The music was already strong, the name of the band was revolutionary (Talibans Rock Action).

That same basement, a few years later, produced a cluster of bands, called Turzi, Kill For Total Peace, Service or One Switch To Collision; they all grew on that modern soil. The store has since closed, but it has however given birth to a movement (monotheistic air rock) of which One Switch is the most worthy representative. The German roots (Amon Düül, Faust) can not fully explain the direction taken by One Switch To Collision. One must climb Gunther’s family tree (bassist and conductor of the group) to understand the fascination for sonic takeoffs: his grandfather, a former fighter pilot of the German aviation, may have given him the desire to fly above.

Recorded in haste (seven days, mixing included), Claustrophobia is above all the result of a body intuition: let the instruments play, swing your bodies until exhaustion. A free-jazz-like tension, where the words sometimes fade under the music, as on the brilliant Five Four; elsewhere, Supertrampy keyboards, blues influence, all reaching the same goal: an invitation to lose yourself. Of course, Piper Gates fans will find their pleasure when listening to the long opiate Indian flavored tracks (K9, Psychotic sunday). But One Switch To Collision remains a modern group, their songs, with their strong fuselage, are more than just an exercise in mixing shoegaze with LSD.

Behind the clouds of the Farfisa organ and the lightning of these transcendental songs is a very clear definition of psychedelism: to go beyond the very notions of the individual and the leader, to offer one’s instrument to the common melody, to love Europe.

Bend towards the sky … until the explosion. 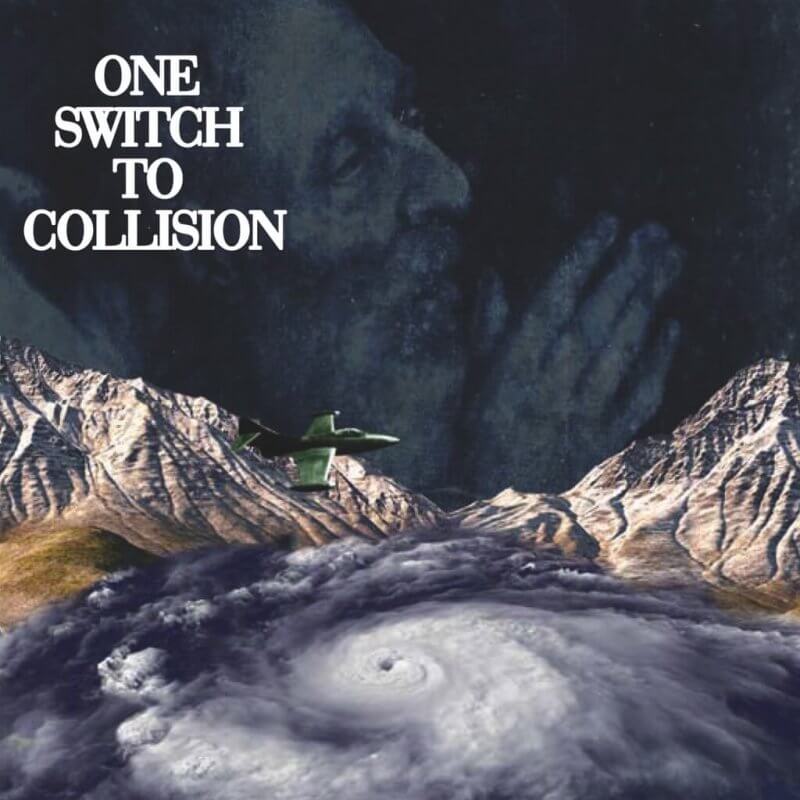